Getting Muddy for Mothers 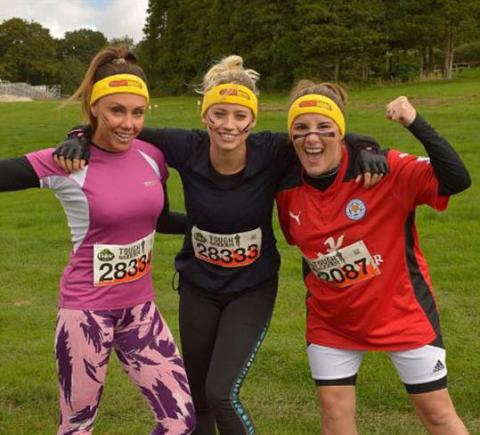 Good Morning Britain teamed up with Tough Mudder to celebrate Tough Mum’s across the UK on 23rd September. The mums defeated a smaller 5k version of the normal 12k event was to unite a group of mums that have had to juggle personal, physical or emotional struggles with raising children.

Celebrity mothers were also invited to join in, amongst those was Sam Bailey. As a mother of three Sam jumped at the opportunity to get involved and was proud to be supporting the women. The course was by no means for the faint-hearted, it included obstacles such as rope swings over muddy water, steep slippery hills, a mud mile, a hero carry and many more.

Whilst she was there Sam met and heard some of the women’s inspirational stories that made her feel lucky to be healthy and have a healthy family.
Sam joined forces with celebrities including former Liberty X member and mum of two Michelle Heaton and former Pussy Cat Dolls singer and mum to one Kimberly Wyatt. The three of them helped each other through the course, battling through the cold mud together.